THE FRUITS OF PATIENCE 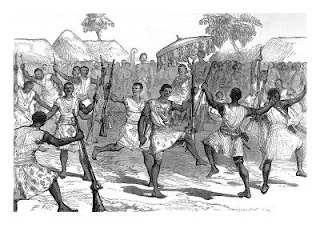 Another indigenous evangelist who deserves to be better known was Paul Adu (birth name Kwabena Mensah). He was born in 1915 in a village in Ghana, and grew up worshiping the local pagan god, as his parents did. But when he was seven, a Christian evangelist came to the village and Kwabena's older brother got converted. Kwabena too started going to the Christian meetings, to the great anger of his father, and in time he too gave his life to Christ. At his baptism he adopted the name Paul Adu.

After training at a Methodist college in Kumasi, Adu operated as an itinerant evangelist among the Ashanti people. He planted churches along the Volta River and founded a school. This was to be his pattern of action for many years to come.

When Adu was 40 years old, his zeal and application having been noted by the Methodist hierarchy, he was appointed the first African missionary for that denomination, to pioneer a work in the largely Islamic northern territories of Ghana. It was a road strewn with thorns: his second wife and one son died and his message was met with hostility.

But Adu stuck to the task. A gifted linguist, he translated prayers and the Apostles' Creed into the five local languages, but also hymns and choruses - knowing the Ashanti love to sing! He urged his converts to live at peace with Moslems, and he himself showed great tact in his dealings with their leaders.

More than this, he realised the acute needs of the area and worked tirelssly to see them met. At this time, large numbers of people were victims of river blindness, so Adu founded a school for blind children and, using volunteers, offered free education. By his own diplomatic efforts he also succeeded in getting basic medical supplies to the area, which were freely offered. Aware that peasant farmers worked long hours for their masters by day, Adu also started night schools, where they could learn new skills - and see the gospel of Jesus' love in action.

It was his complete identification with the people, his sharing in the common life of the people, that won their confidence and opened the door for the gospel. He wasn't just bringing Western-style church; Adu brought the kingdom of God, with justice, equality, respect for all types of people, and love of the poor. He retired from active mission in 1981, when he was to physically frail for the labours, and died ten years later, an honoured father figure in Christ - but largely unknown outside Ghana.
Posted by Trevor Saxby at 15:35 2 comments: 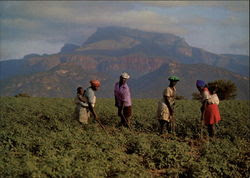 As you will see from my posts of 3 June and 14 October, I am researching the stories of ethnic evangelists and church-planters who are largely unknown today but who were used by God to do amazing things in their day.

Elias Letwaba was one of these. History failed to note him, and for two main reasons. First, his ministry was out in the wilds of the Transvaal bush, South Africa. Then, he was black, but belonged to a denomination (the Apostolic Faith Mission) which practised racial segregation, even holding separate baptism services for blacks and whites.

Letwaba's very birth had the supernatural about it. His mother, a nominal Christian, was visited by a man in white robes who prophesied that she would bear a son who would "carry my gospel message to many places" but suffer many trials. She didn't stay nominal after that! The Letwaba home was a house of prayer. Elias was born in 1870 and even as a boy was sensitive to God and felt tinglings in his hands when he read in the Bible of healings and deliverance. One day he prayed over a lame girl in Jesus' name - and only found out five years later that she had been healed.

He tried several churches but knew something was missing. His heart yearned for the New Testament "signs and wonders", and a people joined in their hearts. In 1908 he travelled to Doorfontein to hear the American evangelist and healer John G Lake. The power of God was very obvious in the meeting, with people being healed and set free. Lake sensed something in Letwaba and invited him on to the stage. This caused outrage among the white Christians, who were all for throwing Letwaba out. "If you throw him out, I will go too", said Lake, which stilled the storm and Elias remained on the platform. The two men became brothers from the heart; Lake invited him into his home, where Letwaba received his personal Pentecost, the 'baptism in the Holy Spirit'.

Under Lake's leadership, Letwaba began his itinerant ministry, walking hundreds of miles between far-flung villages. He prayed for the sick, many of whom were healed. After Lake returned to America in 1913, people began to recognise that Letwaba had, in some special way, inherited his mantle in 'power ministry'. On one occasion, during a heavy drought, he prayed for rain for one village, prophesying that it would happen that night (there were no weather forecasts in those days!). And the rain came.

In time, Letwaba spoke seven languages, founded and headed a Bible College with a reputation for depth and godliness, and had an apostolic circuit of thirty-seven churches. He insisted that his congregations be tribally mixed, which required up to three interpreters at every service. It has been roughly estimated that 10,000 people found healing as a result of his prayers. For all this, he remained a humble man, writing sermons pleading for personal holiness and humility, and leading by example in those areas. He died in 1959, aged 89, a father of the African church - yet surprisingly unknown outside his beloved Transvaal.
Posted by Trevor Saxby at 10:36 2 comments: 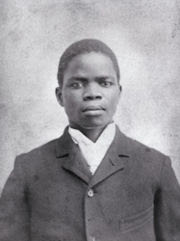 Prince Kaboo was born in 1873, son of a chief of the Kru tribe in Liberia, Africa. When only in his teens, he was captured in a skirmish with the Grebo tribe, who used him as a pawn in extracting tribute. He was regularly whipped and tortured, and the Kru had to deliver a present every month to keep him alive. If they defaulted, Kaboo would be buried up to the neck, his face smeared with honey, and the ants would eat him alive.

One night, there was a blinding flash of light, the ropes fell off him and a voice said: "Kaboo, flee!" He ran into the jungle, travelling by night and hiding in hollow trees by day, until he reached the capital, Monrovia. Here he found work and was invited to church. Hearing how Saul of Tarsus was converted through a blinding flash of light [the Bible, Acts 9:3-19], Kaboo was astonished at the similarity to his own story, and gave his life to Christ. At his baptism he was given the name Samuel Morris.

After two years, hungry to receive training and to be empowered to preach the gospel, Kaboo was sent to America. He worked his passage, being badly treated by the ship's crew, but a number turned to the Lord through his witness.

He arrived in America aged 18 and was referred to Taylor University, a Christian foundation in Indiana. 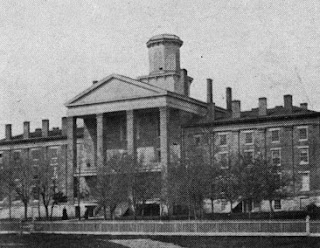 When the principal asked him what room he would like, Kaboo replied: "Give me the one that no one else wants."

Kaboo's simple godliness affected everyone he met. They often heard him calling on God in his room (he called it "talking to my Father"). He took every opportunity to witness to others, but his heart still yearned to return to Liberia with the message of salvation.

It never happened. In 1893, aged 20, he contracted an infection and died. The President of the university made this statement: Samuel Morris was a divinely sent messenger of God to Taylor University. He thought he was coming over here to prepare himself for his mission to his own people; but his coming was to prepare Taylor University for her mission to the whole world. Many of his student contemporaries volunteered for missionary service, to keep alive Kaboo's vision and to work towards his dream.

A life's work accomplished in just four years as a Christian! Behind this we can see the meeting of two crucial elements: a clear and powerful divine call and what the university President called Kaboo's sublime yet simple faith in God.
Posted by Trevor Saxby at 14:35 No comments: