The True Foundation of Friendship

First up in my trawl through historical Christian writers on friendship is John Cassian (c.360-435). As a young man, he was greatly exercised over how to live a godly life with true brotherhood. So he and his best friend, Germanus, travelled from his native Romania to visit the hermitages and monasteries of Palestine and Egypt.

While here, Cassian documented the structures, lifestyle and teachings of the Desert Fathers. Years later, in 415, when he himself was abbot of a monastery near Marseille, he published these under the title Conferences. They are a seminal tool for the student of early monastic life. For this blog post, what concerns us is Conference 16: The First Conference of Abbot Joseph, on Friendship .

Joseph first looks at many kinds of friendship outside the Christian framework, which can be motivated by self-interest, nepotism, the longing for recognition, or selfish desires. True Christian friendship, on the other hand, he sees as founded on two things: like-mindedness and a common purpose.

"Love can only continue undisturbed in those in whom there is but one mind, to will and to refuse the same things. This is the sure and indissoluble union of friendship, where the tie consists only in being alike in goodness and having a union of character in God."

For such friendship to come into being, Joseph tells Cassian, "whatever things the world might offer cannot be regarded more highly than what is most valuable: love of a brother. Everything, even what one deems useful and necessary, must be subordinate to the blessing of love and peace. Realising that, all too soon, one must pass from this world, one cannot permit any vexation to linger in the heart."

"For if one is walking along the the path outlined above, how can he ever differ from his friend, if he claims nothing as his own and entirely cuts off the first cause of any quarrel. He observes to the best of his power what we read in the Book of Acts: The company of those who believed were of one heart and soul, and no one said that any of the things which he possessed was his own, but they had everything in common (4:32)." 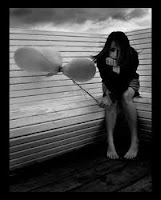 Loneliness is the most terrible poverty. Mother Teresa of Calcutta.

Back to the blog after quite a lay-off, but the various strands that make up community are still very much uppermost in my thinking. Today I want to turn to the matter of FRIENDSHIP.

"I don't know why but I just can't make 'real' friends very easily. I feel lonely all the time," writes a 20 year old to Yahoo Answers. The advice in this case (join a sports club) struck me as a complete travesty. OK, the malaise might be temporary, a teenage angst, so joining a club might sort it. But surely the issue is much deeper and more existential, reaching to the deepest parts of our conscious human need.

Jesus Christ knew how vital friendship was. He became a friend to the friendless and unwanted (Luke 7:34). As He neared the end of His earthly walk, He reserved the highest accolade for His inner circle: "I have called you my friends" (John 15:15). And most telling of all, in the horror of his own personal agony in Gethsemane, He wanted His closest friends near Him - and opened His heart to them in the most open, vulnerable way (Mark 14:33-34).

With this in mind, it is certainly surprising that Christian writers down the ages have been remarkably silent on the subject of true friendship, heart-brotherhood and the like. In the next few posts I hope to unearth some of what has been produced on the subject and see how it feeds into the desperate need in our own society today.
Posted by Trevor Saxby at 14:40 1 comment: