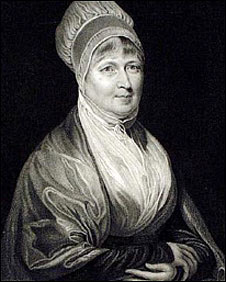 Since 2001 her face has been on every Bank of England £5 note, but who was Elizabeth Fry?

She was born into a banking family in Norwich, England, in 1780. When she was 18, she heard a Quaker preacher speaking and she was converted. She joined a Quaker assembly, where a woman had a prophecy for her: "You are born to be a light to the blind, speech to the dumb and feet to the lame."

Immediately she was moved to charitable acts. She collected old clothes for the poor, visited those who were sick in her neighbourhood, and started a Sunday School to teach children to read.

Marriage took her to London, and motherhood kept her so busy that after 12 years she lamented: "I fear my life is slipping away to little purpose." How wrong she was!

Another Quaker minister told her of the horrifying conditions in the capital's prisons. Fry went to the infamous Newgate jail to see for herself. She found hundreds of women and their children living violent lives in unsanitary conditions and sleeping on the floor without bedding.

Fry sprang into action. Immediate practical needs had to be met. She enlisted local women to make clothes for the children. She got permission to start a school for prison children. She founded an organisation of women who would visit prisoners, pray and read scriptures with them, and provide them with materials to sew and knit goods which could be sold to give them some income. 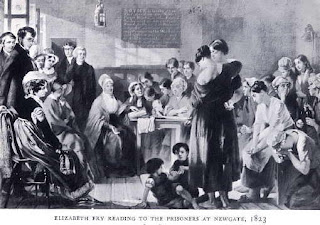 But more visionary action was required if lasting change was to happen. Fry took to spending some nights in the jail and invited members of the aristocracy to come and do so too, to experience at first had the inhumane conditions. Her brother-in-law, a Member of Parliament, also promoted her work in government circles.

The atmosphere at Newgate changed so noticeably that Fry's model was followed in other towns and even abroad. She became well known. She was the first woman ever to give evidence to a parliamentary select committee, leading to a series of prison reforms in the 1820s. Queen Victoria admired her and made donations.

Fry's work didn't stop there. Even while raising 11 children and suffering from what today would be called post-natal depression, she established a night shelter for the homeless in London; campaigned for more humane treatment of orphans; raised awareness of the plight of newly-released prisoners with nowhere to go; began an outreach ministry to sailors and founded a school for nurses. It was nurses trained at Fry's school who went with Florence Nightingale to the Crimea.

She was incensed at the transportation of women prisoners to Australia. The night before they left, there were always riots in the prisons. The women would reach Australia penniless and with dependent children, leaving prostitution as the only option for many. Elizabeth lobbied parliament and personally visited all deportees, giving them materials for making clothes on the voyage which they could sell on arrival.

Together with her husband, Fry also agitated against capital punishment. At that time, upwards of 200 crimes were punishable by death. After initial indifference in high circles, they gained the ear of Robert Peel, the Home Secretary, who met with them and started the process of penal reform.

Elizabeth’s motives in all these activities were avowedly Christian. Her faith was the centre of all she did. Quakers allowed anointed women to preach, and Elizabeth did so. It is said that her voice carried such emotion that hard hearts would weep.

"Let us cleave to God in spirit," she exhorted, "and make it the first business of our lives to be conformed to His will and live to His glory, whether prosperity or adversity be our portion, and though our years pass away like a brief tale. Through His unbounded love, the blessings of the Most High will rest upon us."

Fry proved it. The prophecy was fulfilled absolutely. Called "the Angel of Mercy" in her lifetime, when she died in 1845 over a thousand people lined the way to her grave, to honour the passing of a truly great woman.
Posted by Trevor Saxby at 12:46 No comments: 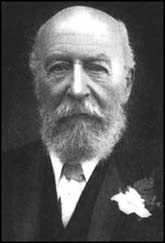 What did you do for a career if you were a Quaker? They were barred from universities; as pacifists, the armed forces were not an option; they rejected established churches.

One option was business, and Quakers gained a deserved reputation as principled and reliable tradespeople. In the latter half of the 18th century, three Quakers families were attracted to the chocolate industry. They became household names: Fry, Rowntree and Cadbury. There were sound reasons for choosing chocolate. The medical world had declared it a healthy drink, and Quakers (who were teetotal) saw it as a viable alternative to alchohol. 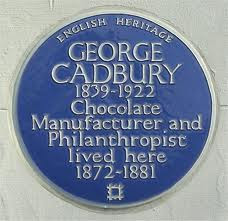 George Cadbury (1839-1922) inherited the Birmingham-based family business in 1861. He was a visionary and a philanthropist. He determined to create a business which would "reflect his religious ideals, his belief in thrift and hard work, worthy products, fair dealing and good employment conditions."

So he moved the business away from the smoke of the city to a greenfield site which he called Bournville. In this healthier environment he created a model village, where his workforce could live. He incorporated parks, a lake and recreational facilities for the health and peace of his staff. Bournville workers enjoyed medical care and a pension scheme. Good workers were rewarded with what was a very good wage for the time. 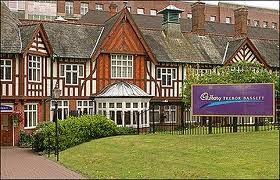 What made Cadbury a Christian social entrepreneur was that his vision and action took him beyond simple philanthropy. In an interview in 1889 he said:

"Forty years ago I visited among my scholars and knew their hardships and the difficulties men have to contend with when they are reformed - unattrative neighbourhoods, no social life and but few objects of interest in and around their homes. But if each man could have his own house, a large garden to cultivate and healthy surroundings - then, I thought, there will be for them a better opportunity of a happy family life.

Largely through my experience among the back streets of Birmingham I have been brought to the conclusion that it is impossible to raise a nation, morally, physically, and spiritually in such surroundings, and that the only effective way to bring men out of the cities into the country and to give every man his garden where he can come into touch with nature and thus know more of nature's God."

He not only dreamed it, he did it - even exceeded his expectations. It cost him, but he gave willingly. "I have for many years given practically the whole of my income for charitable purposes," he said, "except what is spent upon my family. Nearly all my money is invested in businesses in which I believe I can truly say the first thought is the welfare of the work people employed."
Posted by Trevor Saxby at 14:34 No comments: