On the Trail of Fundamentalism, Part 2 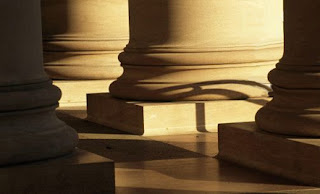 My last post on Christian fundamentalism has generated some discussion. Before returning to A W Tozer's analysis, we need to be sure what actually constitutes fundamentalist Christianity. Do an image search on an internet browser under those words and up come an inglorious succession of caricatures of clichéd tub-thumpers and slightly weird bible-bashers. This is clearly the perception 'out there'. This is as sad as it is uninformed. The origins of modern fundamentalism lie back in the 1890s and an attempt to safeguard the true foundations of Christianity, which had been attacked and eroded from all sides throughout that century. For example, the 1910 General Assembly of the [American] Presbyterian Church distilled the historic faith to "five fundamentals":


* The divine inspiration of the Bible, and therefore its inerrancy;
* The virgin birth of Jesus;
* The belief that Christ's death atoned for sin.
* The bodily resurrection of Jesus.
* The historical reality of Jesus' miracles.

Others added extra stones to these key foundations, principally the belief in Christ's divinity. Conservative, conscientious Christians rallied to these as to a firm rock in a stormy ocean. They became known as "fundamentalists".

As we saw last time in A W Tozer's trenchant analysis, what began as a laudable attempt to stay the tide that was pounding away at Christianity, morphed into a rigid system that regulated all belief - what Tozer calls "the cult of textualism". As Jeffrey O'Rourke commented after my last post, Tozer eloquently sums up the huge danger involved in a rigid, mental reliance on prescribed beliefs.

"The error of textualism is not doctrinal. It is far more subtle than that and much more difficult to discover, but its effects are just as deadly. It assumes, for instance, that if we have the word for a thing we have the thing itself. If it is in the Bible, it is in us. If we have the doctrine, we have the experience. If something was true of Paul, it is of necessity true of us because we accept Paul's epistles as divinely inspired... Assurance of individual salvation is thus no more than a logical conclusion drawn from doctrinal premises, and the resultant experience wholly mental."

John Vagabond's comment on my last post ably shows the process whereby "fundamental-ism" (the correct process of returning to what God actually said and wants done) turns into Fundamentalism (a doctrinal system which allows a self-righteous elite to pass judgement on others): When belief hardens into principle, thereafter into doctrine which people then are willing to defend, textual criticism becomes its own harbinger of destruction.

As Tozer rightly points out, the human mind can endure textualism just so long, before it seeks a way of escape, and this is what I hope to turn to in Part 3.

On the Trail of Fundamentalism, Part 1 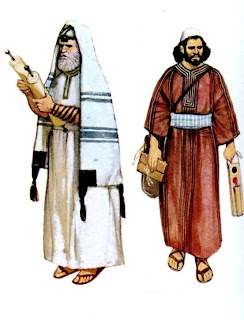 A question posed in response to my recent post on Tertullian has been occupying my thoughts. "What's the difference between 'dogged commitment to the truth' and blind fundamentalism?"

This is a big and far-reaching question and would require a whole essay, not a blog post. I was, though, reminded of an excellent piece from the pen of A W Tozer, which helps us forward, specifically as concerns Christian fundamentalism. "No Revival Without Reformation" was written in the 1950s and surveys trends in Christianity over the thirty years prior to that. Reading it, however, you would hardly know this, so timeless and relevant are his observations.


As a reaction to Higher Criticism and its offspring, Modernism, there arose in Protestantism a powerful movement in defense of the historic Christian faith. This, for obvious reasons, came to be known as Fundamentalism. It was a more or less spontaneous movement without much organization, but its purpose wherever it appeared was the same: to stay 'the rising tide of negation' in Christian theology and to restate and defend the basic doctrines of New Testament Christianity.

So far, so good. But, Tozer maintains, this "dogged commitment to the truth" (my starting question, you recall) fell victim to its own virtues.


The Word died in the hands of its friends. The voice of the prophet was silenced and the scribe captured the minds of the faithful. An unofficial hierarchy decided what Christians were to believe. Not the Scriptures, but what the scribe thought the Scriptures meant became the Christian creed. Christian colleges, seminaries, Bible institutes, Bible conferences, popular Bible expositors all joined to promote the cult of textualism. The system of extreme dispensationalism which was devised, relieved the Christian of repentance, obedience and cross-carrying in any other than the most formal sense. Whole sections of the New Testament were taken from the church and disposed of after a rigid system of “dividing the Word of truth.”

What had therefore been intended as a remedy (or prevention) became as harmful as the disease it set out to cure.


A kind of cold mist settled over Fundamentalism... The whole mood was different from that of the Early Church and of the great souls who suffered and sang and worshiped in the centuries past. The doctrines were sound but something vital was missing. The tree of correct doctrine was never allowed to blossom. The voice of the turtledove was rarely heard in the land; instead, the parrot sat on his perch and dutifully repeated what he had been taught. The whole emotional tone was sombre and dull... As [this literalism] triumphed, the Spirit withdrew and textualism ruled supreme.

Thus far Tozer's assessment of the birth of Christian fundamentalism, its virtues and its serious failings. In my next post we can take this further.
Posted by Trevor Saxby at 14:01 7 comments:

More on the Beguines 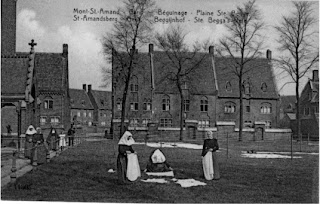 I have been reading further on the Beguines, subject of my last post. Here are some links:

This piece gives more information (not that much is known) about Lambert le Bègue, parish priest of St Christopher's in Liège in the latter part of the 12th century. He was a reformer who preached against abuses in the established church. It is generally assumed that the name Beguines was derived from his own, as it was he who urged a new movement of godly women who would rise up to serve their generation.

Here is a general sketch of the Beguine movement and its spirituality.

This more scholarly account discusses the characteristics of Beguine life and looks at the possible reasons for their eventual decline.

An article by Marianne Dormann looks further into the spiritual devotions of the Beguines, chiefly using The Mirror of the Soul, by Marguerite Porete, a French Beguine who was burned at the stake for supposed heresy in 1310.

For some old photographs and illustrations of Beguine houses, look no further than here.

Finally, in this piece, Marvin Anderson considers the contemporary implications of the Beguines' rediscovery of lay ministry and grassroots evangelism.

Posted by Trevor Saxby at 16:05 No comments: