On the Trail of Fundamentalism, Conclusion 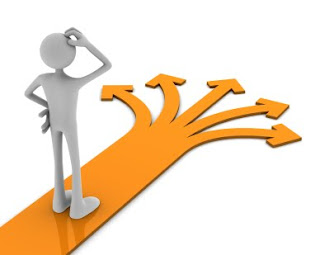 In the light of the considerations outlined in the last two posts, the consensus today seems to be that most sincere and active Christians and churches would reject the “fundamentalist” description. They prefer “Bible-believing” or “evangelical”, each of which carries the idea of foundational New Testament beliefs and practices (thus avoiding the charge of liberalism). Such terms also allow churches to distance themselves both from the perceived rigid legalism of some (hyper-Calvinist) wings of the church, and from the 'lunatic fringe' associations attached to “fundamentalism” by the popular press and trendy atheism.

We do well to return to A W Tozer's analysis (see previous posts). Although written 50 years ago, his overview of trends is both timeless and masterly.


The human mind can endure textualism just so long before it seeds a way of escape... The masses of Fundamentalism reacted against the tyranny of the scribes.

In centuries past, perhaps, a matter so weighty to the Church might have required the convening of a Council of wise and respected leaders to confer and deliver a prescriptive ruling. Not so now!


The result... has been a religious debauch hardly equalled since Israel worshipped the golden calf... The separating line between the Church and the world has been all but obliterated.

Aside from a few of the grosser sins, the sins of the unregenerate world are now approved by a shocking number of professedly "born-again' Christians, and copied eagerly. Young Christians take as their models the rankest kind of worldlings and try to be as much like them as possible. Religious leaders have adopted the techniques of the advertisers: boasting, baiting and shameless exaggerating are now carried on as a normal procedure in church work. The moral climate is not that of the New Testament, but that of Hollywood.

This has come at a terrible cost:

Most evangelicals no longer initiate, they imitate... The holy faith of our fathers has in many places been made a form of entertainment, and the appalling thing is that all this has been fed down to the masses from the top.

And worst of all:

That note of protest which began with the New Testament and which was always heard loudest went the Church was most powerful has been successfully silenced. The radical element in testimony and life that once made Christians hated by the world is missing from present-day evangelicalism.

This is still the dilemma for Christians and churches today: to tighten up and risk "the tyranny of the scribes"; to let go and settle for a non-threatening but emasculated faith; or to be bold enough to cut a new path, which is nevertheless the old path of the New Testament: "a new commandment, but the commandment you heard from the beginning" (1 John.2:7).
Posted by Trevor Saxby at 14:25 1 comment:

On the Trail of Fundamentalism, Part 3 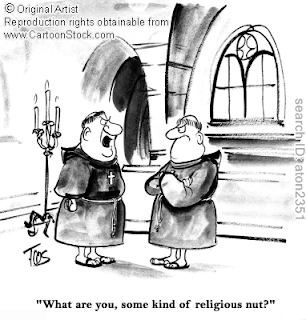 Holding back on A W Tozer's analysis a little longer, let's look at where Christian fundamentalism has reached today.

In his book What People Ask About the Church, Dale Robbins writes: "In the broad sense, fundamentalism may be used to describe Christians who are uncompromising, conservative and who take their beliefs to the maximum - exactly how every believer should live." In all probability, this is how serious evangelical Christians the world over would describe themselves. It is therefore a neutral, general description, which distinguishes such believers from liberals on the one hand and ritualists on the other.

However, as Robbins points out: "In recent times, because of increased activism by those identified as fundamentalists, who have promoted unethical actions such as bringing violence against abortion clinics, some academic circles believe that fundamentalism has been redefined by our society... [In their eyes] fundamentalism has evolved into a legitimate form of extremism, with views too radical for the balanced, evangelical Christian."

The analogy with Islamic fundamentalists is never far away. That term only gained currency during the Iran Hostage Crisis of 1979-80. The media, in an attempt to explain the ideology of the Ayatollah to a Western audience, described it as "a fundamentalist version of Islam". So Islamic fundamentalism was a merging of religious teaching and social revolution, and this idea has now been carried back to Christianity - at least in the eyes of an onlooking world.

Now, therefore, some Christian theologians refer pejoratively as "fundamentalist" to any Christian thinking or plan of action which they see as too literal-minded and with the potential to rock the boat. On wonders what would they have said of Jesus Christ and the twelve Apostles? The persistent criticisms which they (and non-Christians) level at fundamentalist evangelicals are triumphalism (they make simplistic claims which they cannot prove) and selectivity (they are happy to be literal-minded about Jesus' miracles, but not about Christians sharing all things in common).

The key issue, as I would see it, is open-mindedness. Barry Morgan, Archbishop of Wales, puts it helpfully: The new fundamentalism of our age leads to the language of expulsion and exclusivity, of extremism and polarisation, and to the claim that, because God is on our side, he is not on yours. If we, as Christians, reach the point where we are no longer able to question, to "test all things and hold fast to that which is good" (1 Thessalonians 5:21), then our particular brand of fundamentalism is teetering on the edge of the very idealistic extremism we might condemn in others. A sorry state indeed!