The Incredible Faithfulness of Lena Tikhuie 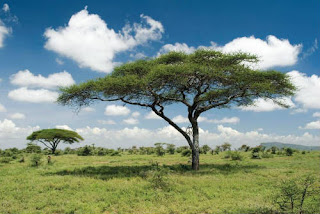 In 1737, the Moravian Church sent a team to start a mission and community settlement in South Africa. They chose some land east of Cape Town and called it Genadendal (Grace Valley). You can see images of the subsequent settlement here.

The local tribe, the Khoi, were impoverished and dispersed but the Moravians reached out to them and began a school for their children. One of the first Khoi to be baptised was a woman called Tikhuie, whom the missionaries named Magdalena. Her husband, a skilled hunter, kept the community supplied with meat.

Some of the missionaries died of disease, however, and the leader grew lonely and, in 1744, was recalled to Germany. Everyone thought the community was finished. They reckoned without 'Lena’ Tikhuie! Having learnt to read at the mission school, she gathered the people daily under a tree and taught them the scriptures.

Years passed. Travellers returning to Europe brought tales of an African woman leading a church at Grace Valley. Finally, in 1792, nearly fifty years after the withdrawal, the Moravians sent a fresh team to re-found Genadendal. On their arrival, they found the ruins of the original houses, but to their astonishment there was Lena Tikhuie, frail and almost blind, still holding the ground and ministering to the little congregation, daily, under the tree. Her well-worn bible was still with her, wrapped in sheepskin.

The missionaries were told, “Every evening we all, men, women and children, would go to old Lena. She would fall on her knees and pray. When her eyes would let her, she read from the New Testament.” As families grew, parents taught their children to pray. When Lena couldn’t read, a younger woman did it for her.

Lena became a living legend in the area. People came to see her. One, the wife of a high official in the British government, wrote: “It was like creeping back seventeen hundred years to hear from the coarse but inspired lips of evangelists the simple, sacred words of wisdom and purity.”

Lena never knew when she was born, but she lived a long life, always thanking God for His great grace. When she died in 1800, her faithful perseverance had become legendary throughout South Africa. She was one of the first indigenous church leaders in South Africa, certainly the first woman, and she had led the congregation at Genadendal for fifty years.